I gather that I’m older than most of the NRx, so events before, say, the 1990s are not just images on a screen or words in books to me. Hell, I Was There!

Cyclical theories of history are quite old, though they’ve gotten more mathematically sophisticated in the digital era. Strauss and Howe’s Generational Theory is another example. Most progressives hate this idea, because it posits that civilizational events are subject to forces beyond the control of government spending, school indoctrination and big media telling people what’s important.

I was born in 1960. The California public grade schools I attended were responding to Sputnik and the Cold War, and were pretty damned good, at least as I recall. I think they started going to scheiss just after I got to junior high. A lot of things did, right around that time. If we take the period from say, 1973-80: Watergate, the CIA and the Church Committee exposures, Roe v. Wade and the subsequent abortion explosion, the divorce explosion, the celebration of feminism in the media, the oil shocks, stagflation, the EPA and the rise of environmentalist influence in politics, the whimpering end of the Vietnam War, the explosion in cocaine use, the rise in marijuana use. Also, this: 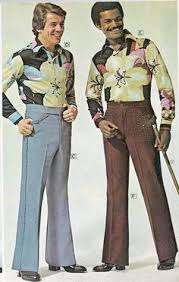 So you can see just how dire things were…

By the time I got out of high school in 1977 ( a year early, we moved to LA and let’s just say one year at a majority-black high school highly motivated me to finish in three years), the future looked bleak. President “Jimmy” Carter was lowering our expectations and turning down the White House thermostat, job prospects were lousy, and the country really did seem to be in a rapid, irreversible decline. I considered moving to Switzerland, New Zealand or Australia; instead, I joined the Navy, where morale was at a record low and my room mates smoked dope on weekdays then did LSD on the weekends.

And so, after this enlightening and edifying trip down memory lane, where are we now? From my lofty perch of experience, a cycle seems to have repeated; 9/11/2001 was rather like 1965–the beginning of a decade of grinding, seemingly endless war where no “victory” would be permitted, followed by 1975 (2008) and years of economic malaise.

The big differences? Last time, Reagan and Thatcher came to power and “saved” the West, at least for a generation; this time, Obama was reelected. As I’ve noted before, that was the event that really, finally got me out of politics and name myself “Neoreactionary.” This time, there are many millions more aliens, legal and illegal, in the United States and throughout Western Europe. This time, the Cathedral has a much tighter hold on education and the “proper” limits of public discourse.

This time, instead of being saved, the West will experience ever-greater difficulties and disasters. But at the end of those lie a real transformation and a new age of taste,  prosperity and good will, as the large multiculti states split into more varied, manageable and homogeneous polities.

The prog’s dream of Universal WoMan, propagandized and anti-depressive-drugged into peacableness and devoid of prejudice, will die this time, not just lose an election or two. First, we have to go through the death throes, which will last some years more, but like other cycles of history, there will be new times, and our descendants can look back on this era and laugh at the silliness, the folly, and most of all