Lucky for me so many men and women of genius have written these things and all I have to do is share them.

From my friends at the Traditional Britain Group, the text of the famous “Road to National Suicide” speech  by Enoch Powell, MP, 21 January 1977. You’ve probably heard of it and surely it’s germane to the current situation:

Both the general law and its Gresham’s corollary point, in contemporary circumstances, towards the resort to physical violence, in the form of firearms or high explosive, as being so probable as to be predicted with virtual certainty. The experience of the last decade and more, all round the world, shows that acts of violence, however apparently irrational or inappropriate their targets, precipitate a frenzied search on the part of the society attacked to discover and remedy more and more grievances, real or imaginary, among those from the violence is supposed to emanate or on whose behalf it is supposed to be exercised. Those commanding a position of political leverage would then be superhuman if they could refrain from pointing to the acts of terrorism and, while condemning them, declaring that further and faster concessions and grants of privilege are the only means to avoid such acts being repeated on a rising scale. We know that those who thus argue will always find a ready hearing. This is what produces the gearing effect of terrorism in the contemporary world, yielding huge results from acts of violence perpetrated by minimal numbers. It is not, I repeat again and again, that the mass of a particular population are violently or criminally disposed. Far from it; that population soon becomes itself the prisoner of the violence and machinations of an infinitely small minority among it. Just a few thugs, a few shots, a few bombs at the right place and time—and that is enough for disproportionate consequences to follow.

The late Lawrence Auster published The Path to National Suicide in 1990. Well done, Larry, but of course it’s already far too late to take the actions you outlined there…RIP.

I highly recommend Willpower: Rediscovering the Greatest Human Strength which I recently read. Nothing is more valuable to the individual NRx Warrior than Will(power). If you read one “self-improvement” book this year make it his one. I’ll post a review and summary soon.

Lastly for now, if you’d like to understand the origin and early history of “The Singularity,” indeed, the origin of almost everything that’s happening in the Data Era, read Turing’s Cathedral: The Origins of the Digital Universe. For the record, I’m a John von Neumann fanboy. What an interesting man! As Richard Feynman wrote:

von Neumann gave me an interesting idea: that you don’t have to be responsible for the world that you’re in. So I have developed a very powerful sense of social irresponsibility as a result of von Neumann’s advice. It’s made me a very happy man ever since.

It goes along with this backgrounder.

Also, he has something here that I’ve been thinking about for a long time

The highest aim of an ambitious person should be to establish a dynasty which will remain important for generations. It’s not as easy to see how that works in a modern volatile economy as in an agricultural society where land ownership was reliable long-term wealth.

I have one son, which is all I’ll ever have with my wife. He’s nine years old and being raised to make a mark, and have more sons and daughters of his own. Also, I’ve been inoculating him against modernity and political correctness from Day 1. Once he’s an adult he will goeth where he will. But I’ll do my best to help him be a Dangerous Child.

As it happens, I’m working on being a Dangerous Child, too.

Shortly, I’ll have a more substantive post of my own predictions for the future of the US, technical and societal developments, etc.

Until then, think about founding a dynasty.

In the summer and fall of 376, tens of thousands of displaced Goths and other tribes arrived on the Danube River, on the border of the Roman Empire, requesting asylum from the Huns. Fritigern, a leader of the Thervingi, appealed to the Roman emperor Valens to be allowed to settle with his people on the south bank of the Danube, where they hoped to find refuge from the Huns, who lacked the ability to cross the wide river in force. Valens permitted this, and even helped the Goths cross the river, probably at the fortress of Durostorum (modern Silistra), Bulgaria.

Valens promised the Goths farming land, grain rations, and protection under the Roman armies as foederati. His major reasons for quickly accepting the Goths into Roman territory were to increase the size of his army, and to gain a new tax base to increase his treasury.

To outline what happened over the course of the next six years would be racist (of course), and it is left to the reader to commit that crimethink for himself.

Several readers have written to ask what I look like. As I’ve revealed here before, I’m 53 but if I do say so myself, I look several years younger. For one thing, I don’t have a single grey hair–not from especially clean living, believe me, but from genes, surely. I’m 6’2″, 195 lbs. so no bulge around the middle.

And so, for those who requested a photo, here we are: 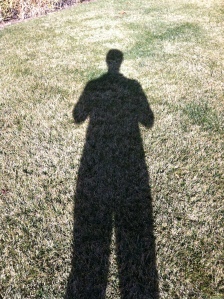 Since I couldn’t have said it better myself; in addition to the whole great post, this is very much in line with my thinking:

“What is the solution to this ebbing tide of human potential? Nothing more complex or difficult than the assembly of interconnected networks of resilient and dangerous communities (R&D Communities). Such networked communities serve as repositories of existing knowledge and technologies, and provide a place for open inquiry and experimentation/innovation.

“When the global demographic crisis has worked itself out — no doubt in a very gruesome manner, thanks to Putin and other latter day Napoleons — a significant number of R&D communities will be in position to re-build technological and scientific civilisation.”

Global Ageing
Note: Most Russian Males Die Before Reaching 65
The developed world is getting older. If a nation can attract very high quality immigrants, it will better withstand the ageing and dying away of its high IQ populations. But the nations that are inundated by violent, non-productive, low IQ populations — via immigration and via differential birthrates of immigrants — will feel the pain of paralytic contraction, increasing poverty, and ever higher rates of violent crime.

Brian Wang provides an interesting graphical look at the future of US demographics in the 21st century.:

Meanwhile, the Hispanic population would more than double, from 53.3 million in…

A blog that I recommend:

Collapse of the West, a Search for Survival

I vaguely recall hearing or reading, a long time ago, about an experiment where mice or rats were raised in crowded conditions and went crazy, or something like that. Probably some science fiction. I filed it away in the depths of memory, apparently. Then today, I ran across this thorough and devastating piece by the above blogger at Return of Kings:

What Humans Can Learn from the Mouse Utopia Experiment:

“Many [female mice] were unable to carry pregnancy to full term, or to survive delivery of their litters if they did. An even greater number, after successfully giving birth, fell short in their maternal functions. Amongst the males the behaviour disturbances ranged from sexual deviation to cannibalism and from frenetic over-activity to a pathological withdrawal from which individuals would emerge to eat, drink and move about only when other members of the community were asleep. The social organisation of the animals showed equal disruption…”

“The common source of these disturbances became most dramatically apparent in the populations of our first series of three experiments, in which we observed the development of what we called a behavioural sink. The animals would crowd together in greatest number in one of the four interconnecting pens in which the colony was maintained. As many as 60 of the 80 mice in each experimental population would assemble in one pen during periods of feeding. Individual mice would rarely eat except in the company of other mice. As a result extreme population densities developed in the pen adopted for eating, leaving the others with sparse populations.”

(Here’s the Wik on Dr. John Calhoun, with additional background and explanation. And here’s a book, Tragedy in Mouse Utopia: An Ecological Commentary on Human Utopia that “Mark” recommends).

The Return of Kings article also has some intriguing development of the parallels between the mice behaviors and various phenomena like the Hikikomori of Japan, “gender equality” and Korean men wearing makeup.

As I’ve pointed out in a number of discussion forums, blog posts and comments over the years, mass shootings of the “Columbine” type were quite rare before the 1980s. Then they took off…despite the fact that any bullied teen boy of say, 1929, could have taken Dad’s .30-30 Winchester to school and offed a dozen people in 30 seconds. But they didn’t. Why not? (A perusal of these lists shows that mass killings, and not just with firearms, have occurred all over the world and for at least 150 years. Of course they also happened before that, probably far into pre-history. We just don’t have the records. But the increase beginning in the 1980s is striking).

I’ve previously concluded that prescription psych drugs (almost every mass shooter is on them) and cable news coverage (feeds fantasies of fame and immortality) explain the timing. Perhaps that’s part of it, but perhaps it’s the individuals whose brains are most sensitive to “utopia” conditions that seem to need the drugs.

Neoreaction, Paleo, the Manosphere and related phenomena can in the blink of an eye be seen as a (partly unconscious) reaching toward rebalancing what’s becoming an existential, civilizational crisis.

Exit. Exit. Only by Exiting the madness will men avoid dying like mice.

My Tweets
Follow Sanity in The Diamond Age on WordPress.com