A strong collection that should serve as a counterweight for those in the Neoreaction who admire Putin and Russia for not being pussified, decadent and atheistic. It is true that the West is becoming these things, but let’s not take Russia as some kind of example of what we want.

… for the 11.5 million people in its capital city of Moscow, life in Russia is forging on in a curious way, bordering on theater of the absurd. Absurdity is part of daily life. And the higher its concentration, the less people seem to notice it, since they’re not only the audience but also have to get on with their lives in the middle of this play.

… Most Muscovites go about their daily lives. But behind the public displays of patriotism and demonstrative apathy, another feeling is getting stronger: disgust. Moscow resembles a room in which there’s a corpse. And everybody is trying not to notice it. __ Routine Absurdity of Moscow 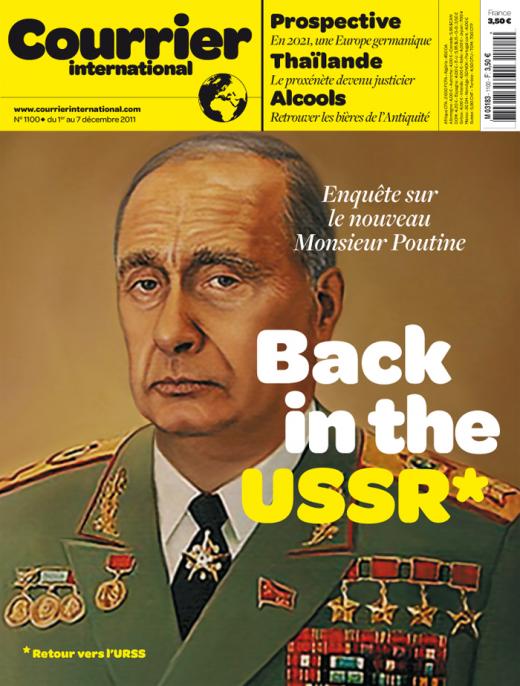 Back in the USSR
Courier … Putin as Dictator for Life

In Russia, lying has become a traditional value without which the state cannot exist. Television constructed a parallel world in which fascists came to power…

This article in a Fairbanks, Alaska newspaper reminded me of something I’ve considered before; when the Feds (three-fourths) “gave in” on marijuana, first “medical” but on a whole new level, “recreational,” did it open a floodgate to states asserting their independence in other areas?

“If we have a law, do we follow the law? If we choose not to, who gets to decide we don’t follow the law,” he said. “I think it opens up all kinds of possibilities for Alaska to ignore the EPA, ignore the Endangered Species Act.”

Exactly. Though the senator may oppose marijuana legalization, he’d love to defy the Feds on a host of other intrusions in the state. Washington DC, under the first President who admitted he inhaled, didn’t have the grit or guts to bring the hammer down at the first sign of states disobeying the supposed “supreme law of the land.”

Weed is a crack in the façade the Feds have maintained since 1965, or maybe since Eisenhower sent the 101st Airborne to Little Rock in 1957. The National government’s domination of American life rests on fear, the fear of prison or financial ruin should a citizen violate one of a myriad of statutes, regulations and “rules.” There have been periodic rumblings from the beginning of the constitutional republic, from the Whiskey Rebellion to the American Civil War. But the Feds have always asserted absolute supremacy, with guns if necessary, until states started doing their own thing with Mary Jane.

Washington and Lincoln would not have approved, but of course our last few presidents since legal weed became a thing have not exactly been of that caliber.

For now, the Feds will doubtless defend with their last cartridge Prog must-haves like homosexual “marriage” and racial quotas and “sexual harassment” laws, but their curious cave-in on people smoking the ganja for fun opens up a whole new chapter in the ability of states to go their own way on other issues.

I predict that within 5-10 years states will control more of their own affairs, more of their resources and have more room for legal experimentation–because, marijuana.

My Tweets
Follow Sanity in The Diamond Age on WordPress.com